Simple inline blending of powders with liquids to form pastes

Customised screws can be optimised for each application 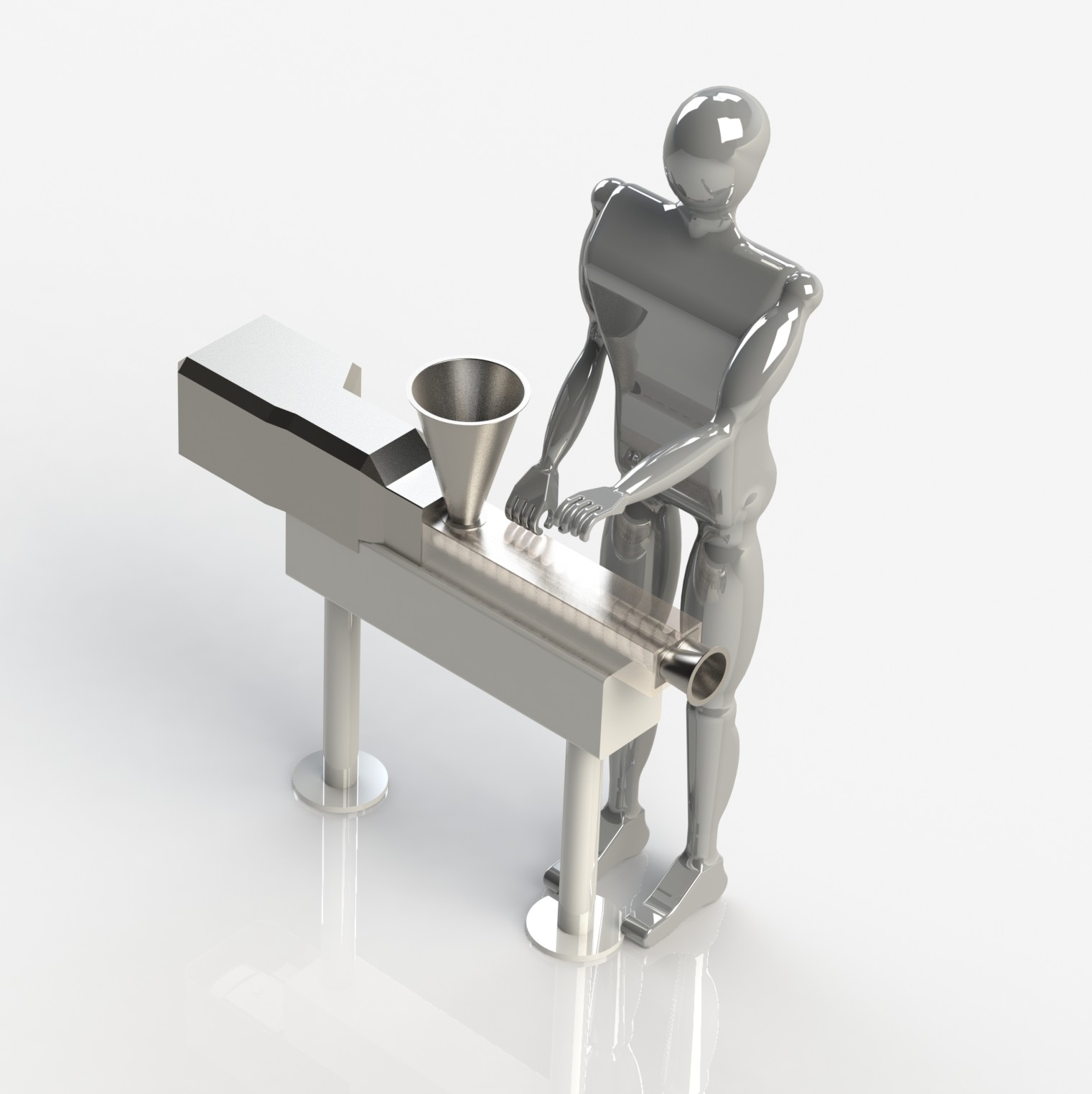 Simple inline blending of powders with liquids to form pastes

Customised screws can be optimised for each application.

Targeted at paste mixing and viscous pre-blending applications, the EMT is a low-cost twin screw extruder that is optimised for easy operation and cleaning.  Using a closely self-wiping, co-rotating, (CSCO) arrangement, the screws have a self-wiping action to avoid hang-up and adhesion of sticky materials.  Powders can be fed into the inlet hopper of the machine directly from a dispenser or loss-in-weight feeder and liquids can be injected into the stator from a standard pump.  The blending and pasting action of the EMT is ideal for feeding material into a directly-connected DCL or DCM machine for subsequent fine blending or dispersion. Originally targeted at pharmaceutical applications as a low-cost alternative to conventional twin screw extruders, the EMT has proved to be an excellent all-round paste feeder for many types of mixer as it solves the problem of powder-liquid blending with high viscosity fluids.

Contact us today to discuss your application or to book a free demo or trial. 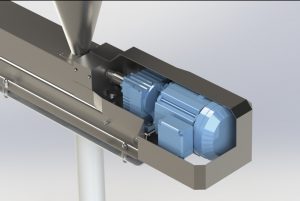 At the heart of every good twin screw extruder is a robust and flexible gearbox that can withstand the stresses and shocks of continuous production.  The EMT includes a custom-designed gearbox that is optimised for the closely-intermeshing screw design is is made in an aerospace-certified machining facility.

The EMT is based on a closely self-wiping, co-rotating twin screw extruder design that provides excellent blending and transport of viscous pastes to downstream equipment.  Solving the problem of how to add powdered or granular solids to fluid systems, the EMT is a vital link in the process equipment chain for inline applications.  Multiple EMT machines can be fed with different solids ingredients and blended with liquids from the main process recipe.  These paste streams can then be pressurised using the EPS single screw pump into any of the Maelstrom mixer range for complete dispersion and final blending.

With a special, custom gearbox design and carefully-optimised screws, the EMT can handle sticky and difficult solids with ease.  Simple cleaning, the ability to pull the screws for inspection and a range of hygienic options for food and pharmaceutical use, make the EMT an easy machine to integrate into almost any kind of inline powder addition process.

The range of EMT machines covers the following ranges of performance:

Although closely-self-wiping, co-rotating (CSCO) twin screw extruders have been available for many years, they have traditionally been seen as "exotic" and expensive due to their reliance on precision for high performance applications.  However, for many powder feeding and pre-blending applications, accuracy is less important than cost control, simplicity and reliability.  The EMT fills the need for a simple, robust twin screw feeder and pre-blending paste mixing using the advantages of the CSCO design.  Unlike other forms of twin screw extruder, CSCO's self-wiping action ensures reliable feeding of sticky materials and inhomogenous mixtures which providing a degree of blending action.

The trade-off is that CSCO machines cannot develop high pressures, so Maelstrom solves this problem by fitting an EPS single screw pump to the EMT outlet to obtain a pressurised output for further processing.  This combination provides a powerful and flexible solution for inline powder-liquid blending and pumping applications.